What it does:
We rank people’s traits to create a universal ranking based on the same standards. It’s like doing a personality test for others. When there is enough diversity, the outcomes will be accurate.

As a result recruiters can find people by skill-set and trust candidates with little track record (grads) who now can prove their abilities with facts, also becoming more self-aware and allowing self-awareness and development.

Furthermore, you can use your traitperception report to have a reputation online in order to make transactions with people you don´t know, like buying and selling things, exchanging goods, or even online dates.

How it beats the competition:
We base our competitive advantage on our scientific methodology, developed by PhDs in reputation systems and endorsed by Professors from the University of Chicago and Madrid Complutense University.

The science is based on the wisdom of the crowds, thin slicing, and social capital networks. This allows us to create a global ranking with the same base standard, which means that you will not be ranked lower only because most of your contacts have very high standards.

Equally, and differnetly to klout, it does not matter whether you are very “popular” or not, or have many contacts or not. What matters is your ranking relative to everyone else, not how many people have ranked you. This helps more introvert people or people who don´t use social media as much to express themselves to be measured objectively 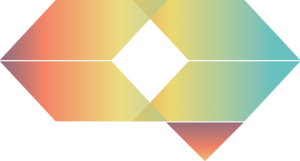 Global Ranking of People´s Traits - TraitPerception.com, 8.6 out of 10 based on 17 ratings