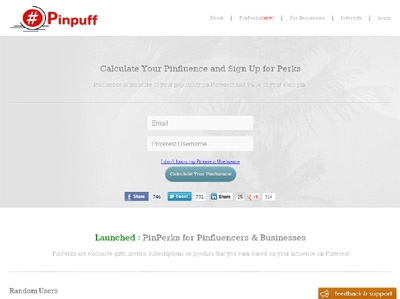 What it does:
Pinpuff (www.pinpuff.com) is a Klout for Pinterest where we calculate pinterest user’s influence and popularity.

These features will become public only after we reach 1000 beta users.

How it beats the competition:
We are the only player focusing on Pinterest based influence and authority. In general, our competitors are Klout, Zuvvu, Peerindex. 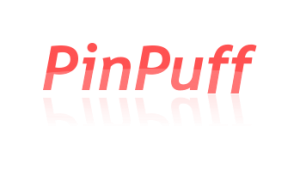