With high speed Internet connections becoming widely available, the online video market is booming: 25 billion videos were viewed in September alone in the US, according to comScore statistics, twice as many as a year ago. This might get video-sharing site YouTube feeling all warm and cozy, dreaming about hitting break-even, but what about those people actually creating video content? When do they get to start seeing a profit? Romanian startup Brainient hopes to answer that question with its new video monetization platform,LayeredBrain, currently in beta testing.

LayeredBrain lets you add interactive elements to video content. For instance, if you have an iPod in your video, you can define a hotspot over it, attach a link to the product, and the link will automatically be converted to an affiliate link. The application supports around 7000 merchants and has access to over 65 million affiliate links so, unless you’re selling something really exotic, there’s a pretty good chance your product will be on that list. And if your videos feature the same product more than once, LayeredBrain will automatically detect and tag that product for you. The company’s developers are still playing with the detection technology, but they should have it in production within the next few months.

LayeredBrain also lets you create polls, cue points and chapter markers to guide viewers through the video, and add images or other elements on top of your video. 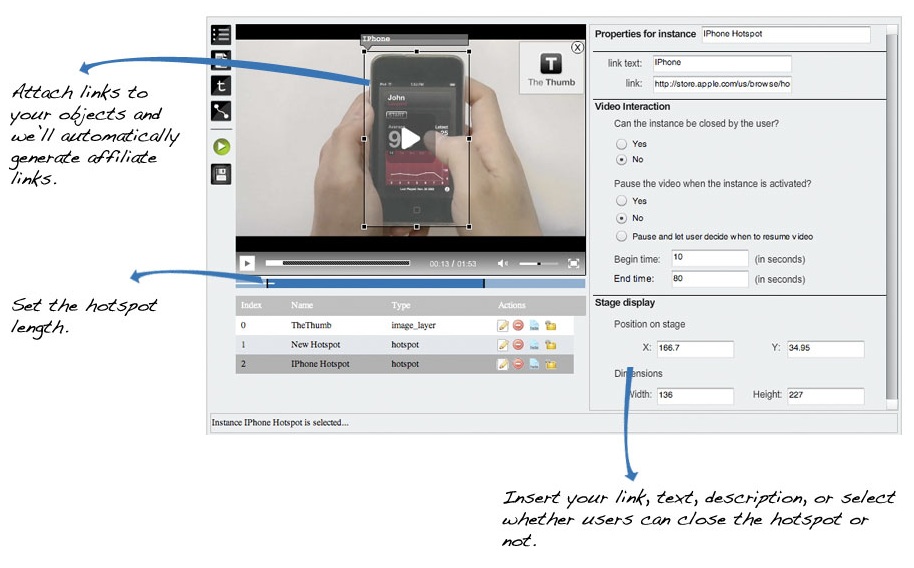