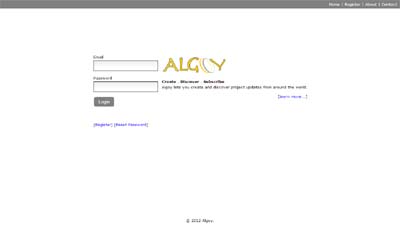 What it does:
Algoy is a project networking utility that lets you create, share, follow projects from around the world.

How it beats the competition:
If you want to know how many people are working on a certain topic, what would you do? You would probably Google the topic; only to get over a thousand different sites with links. This is where Algoy would come in. Algoy brings all projects under one roof – making it easier to get updates and feedback.

Project Networking Utility - Algoy, 8.5 out of 10 based on 2 ratings