What it does:
Allows Twitter users to track conversations between two users in the most simplistic way, and also lets users find happening conversations based on user handles and current topics.

Simply put, a conversation finder and viewer for Twitter.

Even though Twitter now has options to view conversations, using Conweets still makes sense for most users. The ability to search for a conversation based on a topic, to simply search for conversations (plural) of a single user, or the fact that each conversation has its own URL which makes it extremely easy to share between people. Not only that, but our algorithms can detect multiple participants in a conversation and display their activities as well.

Altogether Conweets makes finding, viewing, and sharing conversations far easier than Twitter itself. It caches tweets so that looking for the same tweets in the future is much faster. As far as other third party apps are concerned, no other web app of this magnitude exists. As far as we can tell, the existing ones, are not promising enough to attract too many users or are small-scale web apps with little or no maintenance. 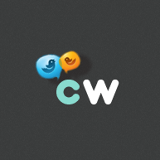 Track Twitter Conversations Between Two Users - Conweets.Com, 6.3 out of 10 based on 3 ratings

Next post: CRM, Projects, and Billing in One – Worketc